EU regulation no. 1223/2009 was implemented on 11 March 2013. According to this regulation it is forbidden to market cosmetics whose final product or ingredients have been tested on animals and animal testing in the European Union for final cosmetic products or ingredients intended for Cosmetics.

This regulation is a major step forward but does not guarantee that the cosmetics available in Europe are truly Cruelty Free. As clarified by the European Commission in the press release of 11th March 2013 the ban is limited to final products or ingredients that are exclusively intended for cosmetics. However, the majority of ingredients that go into cosmetics are ingredients that are also in use in many other consumer and industrial products, such as in pharmaceuticals, detergents, food, paints etc. They may therefore be subject to animal testing requirements under these respective legal frameworks.

Other countries that have banned animal testing by cosmetic companies are Norway, India, Israel, Turkey and New Zealand. Australia has announced that it will ban animal testing in July 2017 whereas Switzerland has also announced a ban.

On the other side, animal testing is still legal in the rest of the world. In China, that is a huge market for cosmetic companies, not only they are not banned but they are imposed by law. If a company wants to import cosmetics in the Chinese market (excluding Hong Kong) is obliged by law to test them on animals. 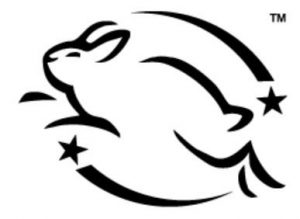 Leaping Bunny Certification confirms the total commitment of a company to forbid animal testing for any reason.

Leaping Bunny Certification applies to all products of a company and is not limited to certain series or individual products. On the contrary, non certified companies can still test the products or ingredients on animals outside Europe as long as they do not market these products in the EU. This way they can conduct experiments so that they can market their products in China. On the other side, certified companies have chosen to stick to their ethical principles and resign from the huge and rapidly growing Chinese market.

Leaping Bunny Certification is not applied only to ingredients that are intended exclusively for cosmetics but to all ingredients.